October 27, 2010
Tom and I have long been followers of The Challenge on MTV.  If you've never seen it, it's not the easiest thing to explain.  Basically, though, it is a show in which former Real World and Road Rules (has that show even existed for a while?) cast members can extend their 15 minutes of fame for season after season of a physical competition program.  Each week's challenge is either extremely physically or mentally challenging... or sometimes both.  People form alliances and get voted out in all kinds of different ways.  That just depends on what the theme of the season is and what the twisted minds at MTV can think up to cause chaos with this group of twenty-somethings and thirty somethings whose only jobs seem to be to show up for The Challenge seasons every now and then.  Well, to be fair, I think they're all trying to make it in the entertainment industry... but I'm not sure that that's going so well for any of them.

Surely they all eat well and rest well and keep extreme focus for all of the demanding challenges, yes?  Oh, no no... that would not be any fun to watch.  Instead, they act silly and pull pranks, get sloshed and do all kinds of regrettable things, and rotate through each other until new cast members are brought in like it's a soap opera or a season of 90210.  It's quite entertaining.

The actual competition was the most entertaining part tonight, though.  First, all of the teams had to battle in "Bottleneck," a challenge where they all had to fit through extremely small spaces at the same time.  The first team through won.  The other two teams had to vote people into the elimination round, and this is where the real fun started.  This round had participants slapping each other in the face with flyswatters that increased in strength for each round.  It's one of those "I guess you had to be there" or "I guess you had to see that" kind of things, but rest assured that it was awesome.

Thank you, The Challenge: Cutthroat, you made my day.

Popular posts from this blog

The question took me aback for a minute, just like hearing a few boys casually toss this phrase around my classroom the week before had. I love my middle schoolers dearly and think the world of them, which makes it even more disturbing to hear such ugly things come out of their mouths sometimes. I spent a few nights stewing on this and sent an e-mail to our counseling department to circle back and teach intentionally to these moments. When I started to look through the resources they gave me, the whole thing got bigger for me. What if, I thought, the expository writing we need to practice anyway is timed at a perfect intersection with some real life applicability? What if my students would actually be the better teachers?

I spent the weekend putting together a project for my Pre AP students, including the class with the harmful phrase hockey, where they will do the work to teach each other w…
Read more

The Weight of our Words

January 14, 2020
In case you're ever wondering what the rules of etiquette are for talking to a woman about her body or her weight, and especially for those who aren't wondering and think they already know, here are a few tips:

News flash- I'm pregnant. My body is doing the miraculous work of growing a baby, one that I hope and pray is healthy. If she is, she's getting bigger. If she's getting bigger, then I am too. That's the way it works. I can see this in the mirror as I try to find clothes in my closet that will stretch over her for the home stretch. I can feel it in my cankles and my puffy feet through long days of teaching. I notice as I'm trying to sneak through tight spaces but bulldoze instead and as I catch bits of lunch on the bump that might have previously fallen to the floor (talk about a …
Read more

Me, Myself, and Thighs 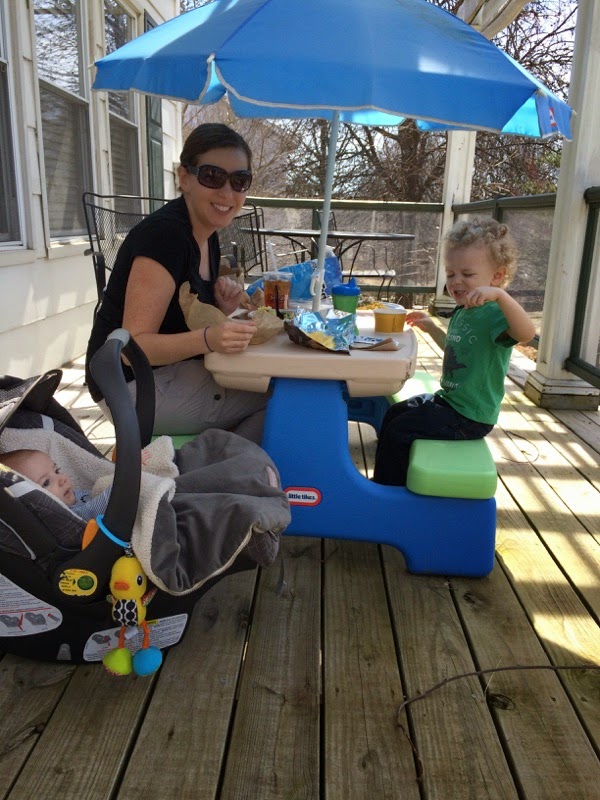 Despite having the appetite of a truck driver and an intense aversion to vomit, I was diagnosed with having an eating disorder numerous times. I was never diagnosed by a doctor because I never actually had a disorder, but that didn't really matter to the number of people who came to their own conclusions anyway. This diagnosis was made by the critical eyes of strangers and the unkind whispers behind my back from “friends” and people with “concerns” who voiced their opinions through most of my teenage years. Up until that point, I had experienced enough unconditional love from my parents and “Ah, I remember the glory days when I was that thin… was I ever that thin?”comments that I had a healthy sense of self-confidence in my “skinny minnie” status. As a teenage girl, however, the things people said about me became who I was and how I saw myself. The confident toothpick turned into a blubbering mess in a dressing room being lectured by her mom that she would never love the clot…
Read more